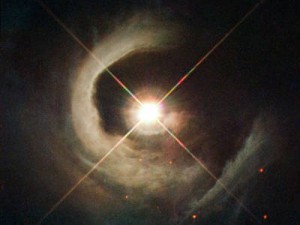 Information about the author.

In the past, he dedicated himself to multiple volunteer activities. The latter was for the Australian Government - Australian Tax Office as Qualified and Accredited Volunteer for the Australian Tax Help program. He devoted special commitment to the defense and the protection of student rights. An activity done mainly in Australia and England. In Australia, he served as: Student Representative at the Faculty of Arts, Education and Social Sciences; and member of the James Cook Students’ Association Academic Committee. At the University of Cambridge, he worked to change some Regulations of the Statutes and Ordinances of the University, which (at the time) were strongly misused against the students’ rights. In order to make an “incisive” action against the “corruption” of the System, he refused the title offered and approved by the University of Cambridge (with its Status, Rights and Privileges) creating a “leading case” in thema. His action (after years) made the University change some regulations. Exempli gratia: O.I.A. sentenced / condemned the University of Cambridge to change one of its regulations; I.C.O. sentenced / condemned the University of Cambridge to give full access to all the documentation that proved the unlawfulness done by the University. The illegalities done by the Institute of Criminology, Faculty of Law and Board of Graduate Studies, were recognized also in an internal Formal Complain Procedure.

Nevertheless he refused the title, he maintained all the Know How acquired during the courses. Moreover, he extended his Know How thanks the experiences done for leading this “action of protest”.

In 2006, he was also a member of the Moral Sciences Club at the University of Cambridge.

Former Honorary Judge of the Court of Appeals for the Division of the Minors (under age people).

Expert registered in the Roll of the Lecturers of the Italian National School for the Judiciary.

Sometimes, he is engaged in pro bono activities for cases considered “morally and ethically” valid, despite he lives (unfortunately, at the present tense) in a “small town”, where people are wretched and muck spreaders, so that they deserve nothing.

Who is the author?

Areas of Interest and Research:

Law, Psychology and Criminology. The Method has an interdisciplinary approach with particular attention to epistemological issues.

The method is interdisciplinary. Everything is ONE. As Popper said: “There are no disciplines or branches of knowledge or investigations: there are only problems and the need to solve them“.

This is the only site of the Author. He does not use any other internet site and / or social network (such as facebook, linkedin, etc …).